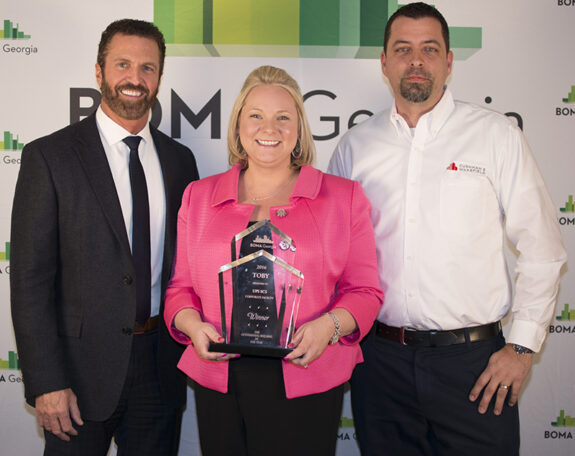 With an ENERGY STAR score of 90, UPS SCS is committed to green and sustainability. The property features a closed-loop composting program and an organic herb garden that produces vegetables and herbs that are served in the café and then processed through the composting program.

Utilizing Trending power consumption through Georgia Power’s Energy Direct, the management team makes smarter energy choices and tracks and report savings generated from sustainable practices such as LED lighting upgrades and HVAC set-backs. The building boasts several healthy work place initiatives,including an on-site gym, boot camp club and half-mile jogging trail with exercise stations. Such initiatives led to the building being awarded the American Heart Association Fit Friendly Worksite Gold Achievement Award in 2015. Among its other accolades, the building was awarded the City of Alpharetta’s Business of Excellence Award in 2014 and the United Way Top Campaign Award consecutively from 2006 to 2015.