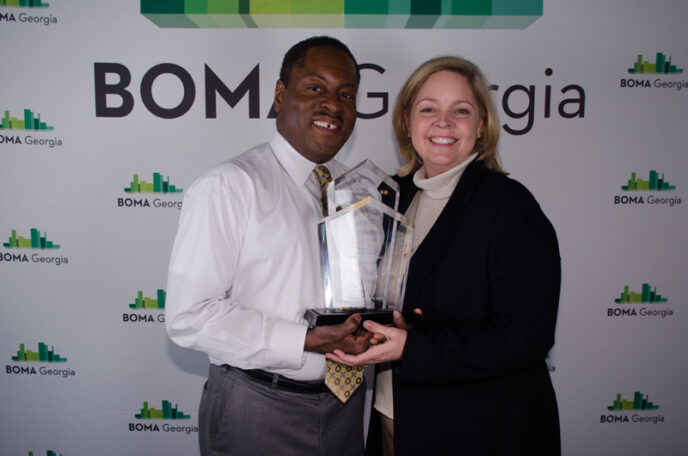 With an ENERGY STAR® score of 91, The Hurt Building has achieved ENERGY STAR every year since 2007. Hurt building was the first LEED EB Gold commercial office building in Georgia and the first BOMA 360 building in the state of Georgia in 2009. The building renewed its certification in 2012. Recently the USGBC approved the Hurt Building’s recertification application making the building, at 100 years old, the oldest multi-tenant commercial office building to be certified LEED-EB Platinum. A participant in the Atlanta Better Building Challenge, the property was named a Top 5 Performance Building in the nation in ASHRAE High Performance Building Magazine.

The Hurt Building utilizes a water reclamation system to capture rainwater runoff from the roof. Water is directed from the roof into two, 500-gallon storage containers located in the basement area. The building’s lighting retrofit in the parking garage uses induction lamps and photocell controls. Since completion of this project in December 2012, electricity use in the garage has been reduced by 59 percent and electric costs have dropped by 68 percent.

A notable perk to tenants, the on-site furniture recycling center recycles furniture that would otherwise be discarded and is stored and given to any tenant wishing to reclaim office furniture. The building’s extensive recycling program has been in place for more than 20 years. Listed on the National Register of Historic Places since 1977, the Hurt Building is proof that a facility can be managed in a sustainable way no matter the age of the building.