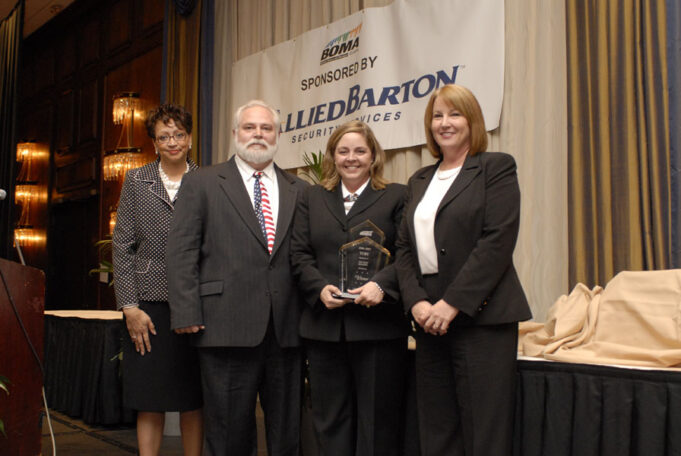 The Hurt Building, constructed from 1913 to 1926, is one of Atlanta’s few triangular-shaped buildings. One of Atlanta’s earliest skyscrapers, the Hurt Building was billed as the 17th-largest office building in the world at the time of its construction. The Atlanta Constitution reported on September 28, 1913 that the new Hurt Building would open its doors October 1, 1913, but the onset of World War I delayed the construction of the wings and light well of the building until 1924, with the final portion of the building being completed during 1926. Beginning in 1983, the building underwent a complete renovation inside and out reopening in 1985 which included modernization of the mechanical & electrical systems. The Hurt Building stands 18 floors in height. The four lower floors, which constitute the base of the building, were made to cover the entire allowable building site with the exception of the apex of the building, facing the main business section at Five Points, which was cut back 30 feet to allow a greater window area and a more majestic view of the building. The 13 floors above this base are configured in a “V”: the two wings extend from the western apex of the property along both Hurt Plaza and Edgewood Avenue appointed by an open light well between the wings opening toward Peachtree Center Avenue. The main entrance is accentuated by a domed rotunda positioned at the apex of the building. At the top of the dome the original chandelier has been restored and returned to its original position over the grand marble staircase. The ceiling is decorated with Sunbursts and panels of gold leaf and rosettes. The marble staircase in the rotunda ascends to the City Grill restaurant, dubbed by Frommer’s as “the place for downtown power lunches.” Grand lobby finishes include: Black Italian marble with hand-tufted wool rug insets, sculpted rose granite wall surfaces, fifteen-foot circular skylight, vaulted ceiling of fine plaster, plaza entrances of stainless steel and floor to ceiling glass. The architectural theme created in the grand lobby is reflected on all tenant floors with sculpted vaulted ceilings complimented by indirect lighting through 13’ x 8‘ windows at the east end of each elevator lobby. On site amenities include: 5-star fine dining, a deli/café and a sundries shop, The Farris Art Gallery and a Post Office substation. 24 hour card key access and 24 hour on site security staff with a top of line security surveillance system, a conference center for tenant use, fiber optic communication cabling, twelve passenger elevators including two freight elevators and a nine-level parking deck. A member of the National Register of Historic Places since 1977, it remains one of the most highly visible, recognizable and architecturally important examples of early skyscraper construction in Atlanta.