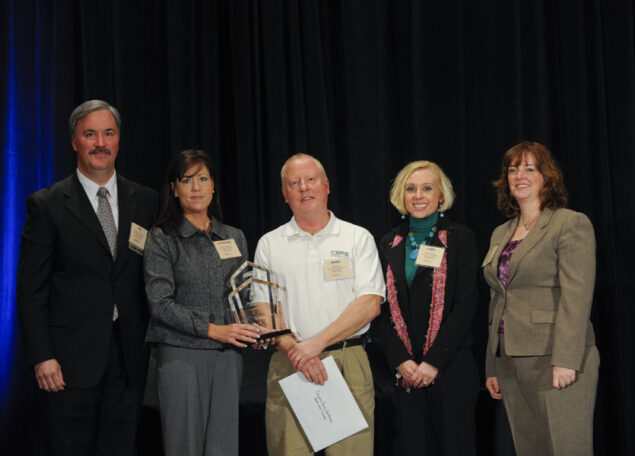 The 226,000-square-foot Douglas County Courthouse unifies the county’s judicial and administrative spaces. The judicial and administrative spaces are separated with a 40-foot diameter rotunda that forms the center of the building. The rotunda provides visual unity to the entire interior of the building. The siting of the building uses the existing topography to provide three public entrances on two different levels; a private entrance for judges and commissioners; and a secure entrance for detainees entering directly into the holding area. All public entrances are defined by projecting arms of the building named for the different attributes of democracy: HONOR, TRUTH and LIBERTY. The use of traditional architecture has resulted in a dignified facility with rich materials and details at the pedestrian level, giving the building a more elegant character. The design incorporates the conventional materials of brick and precast concrete with true classical proportioning systems, such as columns, cornices and pediments. The rotunda is accented with two millwork pediments that divide the administrative and judicial spaces and soar to the height of the metallic gold dome.