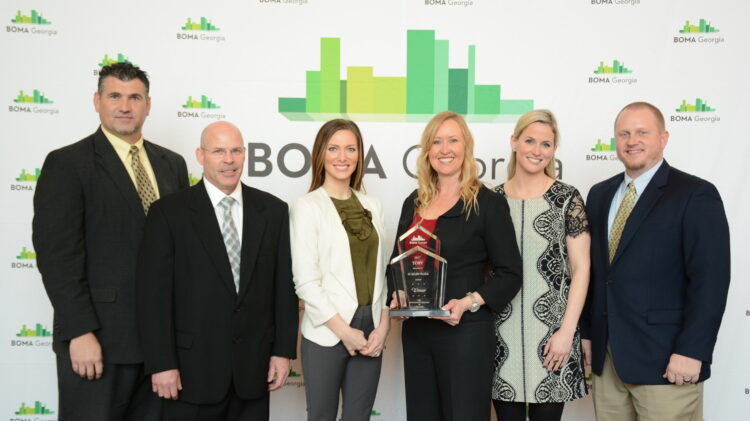 As a 14-story, Class A office building, the LEED Gold certified 55 Allen Plaza received its BOMA 360 certification in 2013. The building has also been recognized as an Atlanta Better Building Challenge top performer from 2012 through 2016 in energy conservation, demonstrating a 34 percent energy reduction. With a prime location in the heart of Downtown Atlanta, the building also features a prime ENERGY STAR score of 96, and was the 2016 TOBY Award winner for buildings 250,000 to 499,999 square feet. Further initiatives have included the installation of three, dual-car charging stations; and teaming with Zip Car and promoting alternative methods of transportation to include carpooling, bike racks and ride share programs.  Lighting upgrades at the property have been completed in the elevators, on the roof top and throughout the main lobby. Motion sensors for lighting were also installed in all janitorial closets, restrooms and mechanical rooms and variable speed drives were installed on condenser water pumps for further conservation of energy. Low-flow flush valves were installed to reduce water consumption.