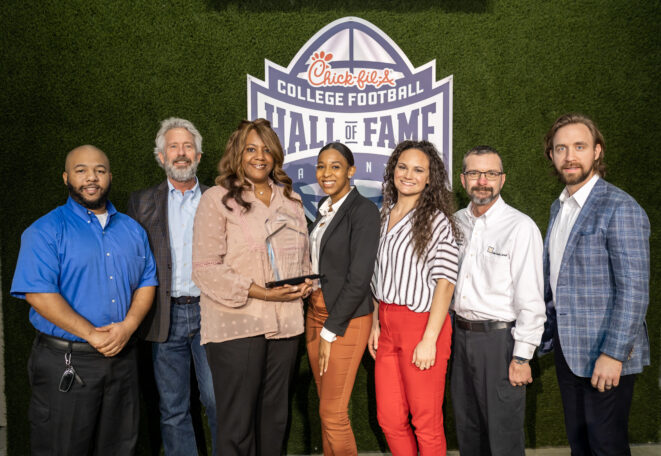 The basement level contains tenant storage rooms, the mailroom, and mechanical equipment rooms. The ground floor includes the main lobby which has a security desk and several retail tenants’ spaces. The mezzanine originally included retail spaces but was renovated and is now occupied by a single tenant. Floors 2 through 32 are all office spaces occupied by both single-tenants and multi-tenants.

The office building exterior is predominately clad with anodized aluminum frame curtain wall and dark glass windows. The office building consists of a main roof level and 2 lower roof levels within the cooling tower well. The main roof and the upper cooling tower well roof are covered with a single-ply thermoplastic polyolefin (TPO) roofing system that was installed in 2016 while the lower roof has a concrete deck coating system which was recoated in 2016.

100 Peachtree’s ground floor lobby, the interior common areas, the elevator lobby, the common area corridors, and the restrooms have all been renovated over the years since the building was originally built in 1968. The front lobby includes an 18-foot diameter LED bowl that floats off the main wall and features motion content.