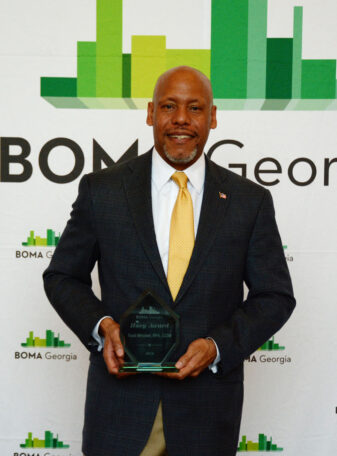 Todd Mitchell, with Columbia Property Trust, was selected as the 2016 Huey Award recipient, BOMA Georgia’s highest honor. Todd has been an active member of BOMA Georgia since 1997.

As one member said when nominating Todd for this honor, “He is a great inspiration to me. His years of dedication to BOMA is amazing. He is a great asset to the association.”

Another member said, “He has tirelessly given his time to make BOMA Georgia a valuable organization in the commercial real estate industry.”

Finally, another member stated, “He brings a great deal of professional expertise to our organization, coupled with a quick, dry wit and desire to humbly lead others. His willingness to step outside of the box is one of his shining attributes.”