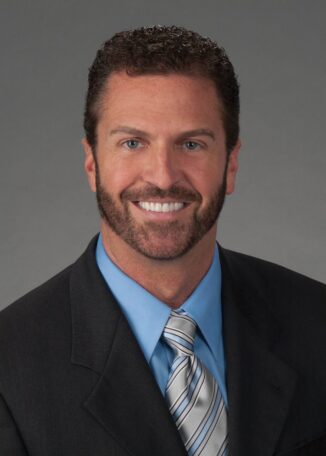 An individual who nominated Russel for the award said, “When COVID-19 came on the scene, everything went sideways, except him. During 2020, he stood as one of BOMA Georgia’s main support pillars and kept members engaged through virtual meetings, webinars, gatherings, and made BOMA Georgia feel like a family.”

Another individual who nominated him said, “Russell is also known in the real estate industry for his intellect, hard work ethic, and sincere care for others.”

Russell served as 2020 BOMA Georgia President and led the association through the start of the COVID-19 pandemic. Russell engaged the board of directors in strategic dialog that resulted in the production of more than 80 educational and networking programs, which were held either in-person or virtually – and the production of nearly 100 webinars, videos, articles, and other resources specifically related to COVID-19 and transitioning to the new building and work environment. Under his leadership, in mid-March 2020, BOMA Georgia was also the first BOMA in the United States to produce a national COVID-19 webinar, which included more than 1,000 participants.

When he received the Huey Award, Russell was also serving as Chair of the Executive Advisory Council for Berry College’s Campbell School of Business. He also previously served as President of A&E Sports for eight years and as a teacher and awareness coach at The School of Humanity and Awareness from 2002 to 2017.

Russell joined Cushman & Wakefield in 2007 as General Manager of Kimberly-Clark Corporation’s campus portfolio, totaling approximately 610,290 square feet and including six on-site buildings, two remote locations, and a 31,733 square foot health and exercise facility and medical clinic. When he was promoted to Associate Director, he became responsible for business development and for management and oversight of 4 million square feet in the Atlanta market.

Prior to joining Cushman & Wakefield, Russell worked for Syska Hennessy Group as a Project Manager, where he was responsible for administering multiple accounts with operating and capital budgets exceeding $16 million, including all aspects of staffing, maintenance, construction, invoicing, and billing. He also worked for Kaiser Permanente as a General Manager, responsible for supervising maintenance and related construction activities for 22 medical office buildings ranging from 10,000 square feet to 150,000 square feet.