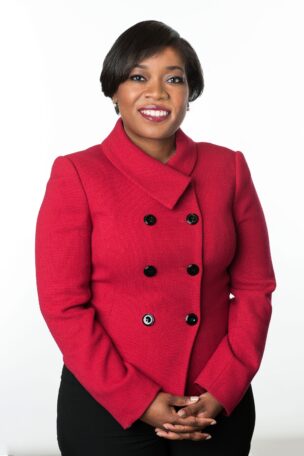 2021 | Southern Region Member of the Year

Natalie Tyler-Martin, MBA, RPA, Vice President of Leasing and Development at Duke Realty, was named the 2021 BOMA Southern Region Member of the Year.

She has also served as an instructor for several BOMA Georgia educational programs, including the Foundations of Real Estate Management course.

While serving as BOMA Georgia president, Natalie also served as board chair of the Airport West Community Improvement District (CID), which was created to enhance the community surrounding the world’s most-traveled airport. The CID proved to be a catalyst for development and increased property value in the area through its six-fold focus of beautification, infrastructure, public safety, technology, transit, and wayfinding.

Additionally, Natalie served as a board member for Wellstar Health System’s Atlanta Medical Center, a position she had held since 2017. Wellstar, at the time, was one of the largest and most integrated health systems in Georgia.

Previously, Natalie served as a member of the board of directors for the Atlanta Areotropolis Alliance from 2014 to 2020. The alliance was created to leverage the economic potential created by Hartsfield-Jackson Atlanta International Airport and consisted of businesses, local governments, and other stakeholders located within or with a vested interest in the greater airport area.

Furthermore, from 2013-2014 Natalie served as chair of the Camp Creek Improvement Association, a group of business owners, government officials, and community leaders who led the creation of the Airport West CID. And she was a founding member of the Network of Empowered Women in Commercial Real Estate.