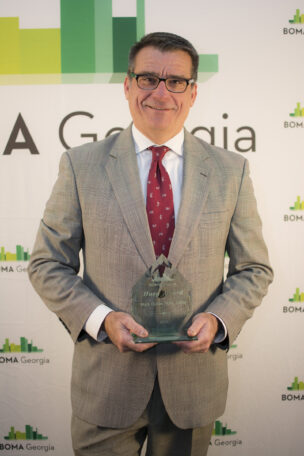 Mark Dukes, with Duke Realty, received BOMA Georgia’s highest honor in 2015: the Huey Award. Mark is a past president of BOMA Georgia and has been extensively involved in BOMA not just locally, but also on the regional and international levels as well. Mark has served locally as a member of the Professional Development Council, Executive Committee and is an instructor for the Foundations of Real Estate Management Class. He was previously recognized as the BOMA-Atlanta Manager of the Year in 2005.

As one member who nominated Mark for this award said, “He is a great leader who has been instrumental in the continued growth and expansion of BOMA Georgia.”