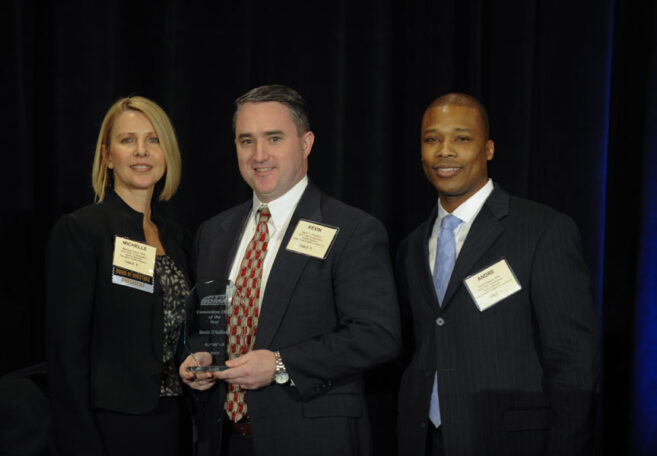 Kevin O’Sullivan was absolutely essential in his role as the Government Affairs Committee chairperson in 2009. Most members would likely agree that BOMA-Atlanta was well-represented under his leadership. O’Sullivan not only held productive scheduled meetings, he also devoted many personal hours to his position as committee chair. He took his position very seriously, yet also managed to keep a positive attitude and consistently worked with the best interest of BOMA members in mind. As 2009 BOMA-Atlanta president, Grace Bickham noted about the winner, “He has been a devoted Chair. There have been countless conference calls and meeting with committee members, industry partners and lobbyists. He consistently provided timely and detailed information to BOMA leadership and staff. He has clearly demonstrated that he supports BOMA-Atlanta’s commitment to protect the best interests of Atlanta’s commercial real estate industry.”