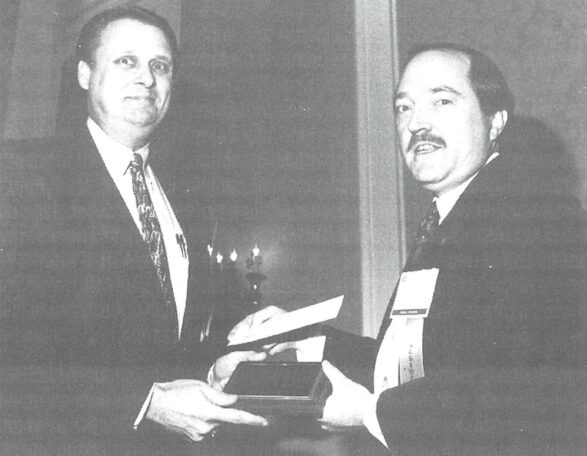 Kenneth R. Mozley received this award for his outstanding work during 1992 as chair of the Membership Committee. Under Mozley’s leadership, BOMA-Atlanta received 13 regular new member companies and 50 new allied membership companies. Mozley and his committee regularly made personal contacts with prospective members and exemplified involvement in the business of the association. Mozley is a native of Atlanta and began his career with Georgia Power Company in 1969 as a commercial sales engineer. He is manager of statewide commercial retail sales for that company, and his responsibilities include contacts with private office buildings, retail stores, primary and secondary schools and long-term healthcare facilities such as nursing homes. A positive, easy-to-work-with individual, Mozley also served two years on BOMA-Atlanta’s board of directors.