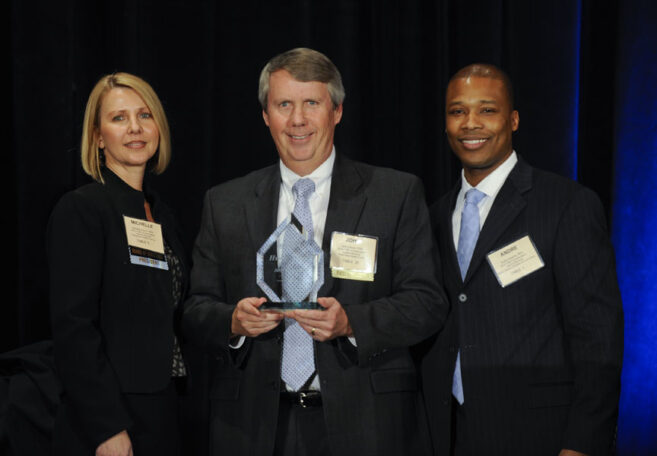 John Oliver, Wells Real Estate Funds, has been an active BOMA member for many decades and has also served BOMA International. His endeavors have been marked with tremendous achievement. Oliver is not only a past president of BOMA-Atlanta, he was also appointed to serve as the chair of BOMA International’s National Advisory Council, an exclusive network of veteran commercial real estate professionals that focuses on discussing the most pressing issues impacting companies with large regional, national and international portfolios. He was also recently invited by BOMA International’s president and COO, Henry Chamberlin, to become active on the BOMA International Foundation. As one BOMA member said of Oliver, “He understands the benefits of being involved with BOMA and how service to the industry comes back around. His career is a stellar example of how BOMA involvement gives back. I think he is the very epitome of the kind of member the Huey award was intended to recognize.”