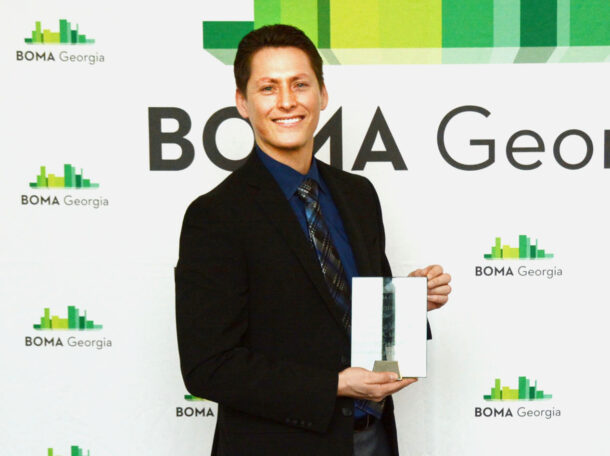 David Vences, with Highwoods Properties, was awarded the 2016 BOMA Georgia Engineer of the Year Award. When nominating him for the award, one member said, “He immediately began to manage capital projects in a newly acquired owner asset. In his first year, he utilized all resources. While he was new to commercial real estate, he came well prepared for the job. He is trusted by his company’s executive staff and all his internal, as well as his external, customers for the care and attention to assets that are valued at close to half a billion dollars.”

Another member remarked, “His leadership in communicating to his team and achieving complete buy-in, speaks volumes for the respect that his team has for him. He brings all the qualities of BOMA 2016 Engineer of the year to the association, and he will continue to grow with his leadership, innovation, commitment to ethics, credibility and professionalism.”

“David is noted for representing where the future of the commercial real estate profession is headed, and he is one of the brightest stars of success that represents the profession and our BOMA Georgia Association as well,” said Ian Hughes, 2016 BOMA Georgia President.